The hot-air curtain is used to divide the hydrothermic steam zone from the baking zone of the baking tunnel oven. 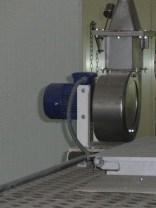 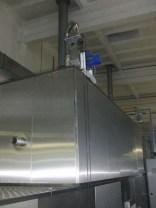 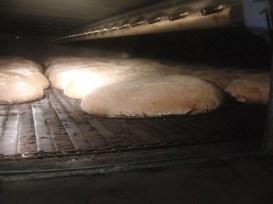 This is primarily beneficial in cases where the occurrence of steam outside of the hydrothermic oven zone could cause unwanted effects on the baked product.

As a source of air for the hot-air curtain, the fan is used placed on the burner tower of the baking oven. This fan suctions the air from the ambient space of the oven through the throttle valve. The throttle valve for suctioning enables regulation of the quantity of supplied air to the hot-air curtain and thus regulation of the power of the whole system.

Air from the fan goes through the connection pipe into the spiral piping leading through the combustion mixing chamber of the baking oven, in which the air is heated up by the flame of the burner. Hot air further flows into the pipe with jets placed on the end of the hydrothermic zone. Pipe with jets separates the steam zone from the rest of the oven, where hot air flowing out of the jets towards the steam zone prevents the undesirable steam leakage into the back parts of the baking tunnel of the oven.

Position of the pipe with jets determines the size of the hydrothermic steam zone in the baking space.

This accessory is available for all types and sizes of cyclothermic baking ovens. This device is not suitable for ovens with electrical heating, convection heating and direct heating due to their different structural arrangement. 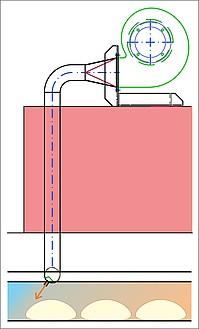 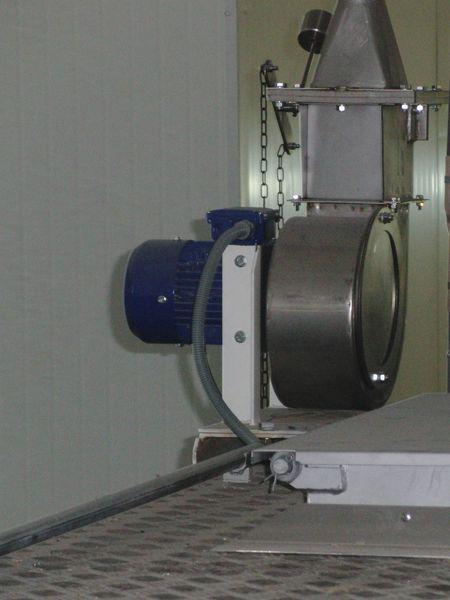