During a few last years the production lines producing ciabatta have reached the significant technology progress. 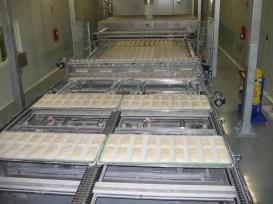 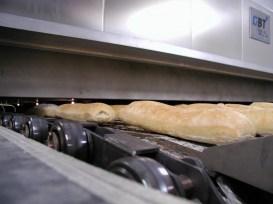 With regard to demands, type of the production and the chosen equipment, it is possible to supply semi-automated, or also fully automated equipped lines for baking ciabatta that already enables the continual automated operation.

The company J4 s.r.o. together with other European producers of baking equipment has delivered these lines mainly to Western and Southern Europe, to countries like Spain, France and the country with the longest ciabatta tradition – Italy.

In these countries there is a big interest in baking not only classic ciabatta, but also in ciabatta with dried tomatoes, garlic or olive and especially on granite plates band and wire mesh band. Ciabatta baked on the granite stone has higher temperature of the lower part due to its accumulating ability immediately after setting on the band and thus it rises its volume considerably during baking. Another usual way of baking ciabatta is a sheet baking, for which the standard wire mesh band is sufficient. 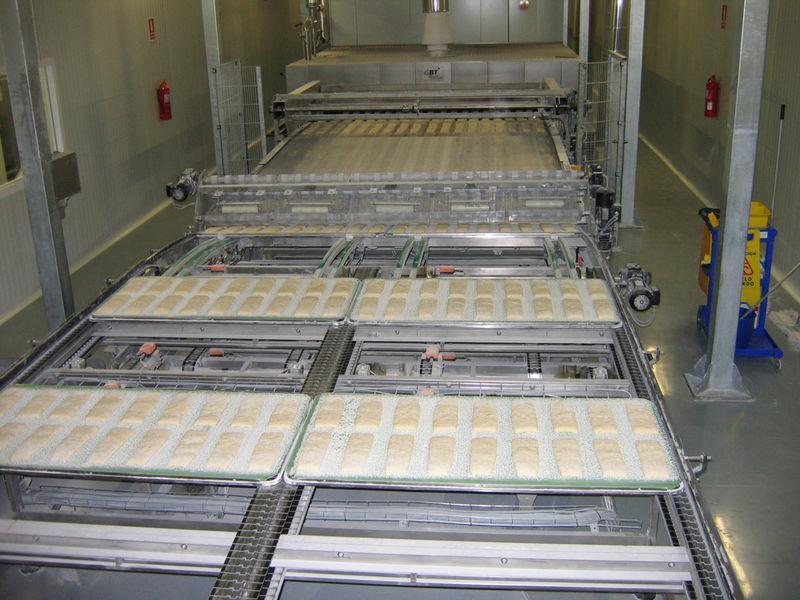